The carillon is an instrument of the street. High in their towers, carillonneurs have been playing the bells that could be heard by all the residents of the city for centuries.

I thoght of street music when I composed Souling for Joost van Balkom and Bosch Requiem 2015. What kind of music could have been sounding centuries ago, in the short days of November around All Saints and All Souls?

Since the early Middle Ages it was custom to ring the bells during All Saints eve: those sounds would bring joy to the poor souls in purgatory.

Also connected to purgatory was the tradition of souling, in which the poor of the city walked through the streets during All Souls. They then sang souling songs for the salvation of the dead, in exchange for ‘soul cakes’—alms, specially baked for the occasion. For each piece of bread to the poor, a soul was saved from the fires of hell.

The elongated bass line in Souling might as well have arised out of that distant past, while you could hear the agile voice above it as a continuous litany. 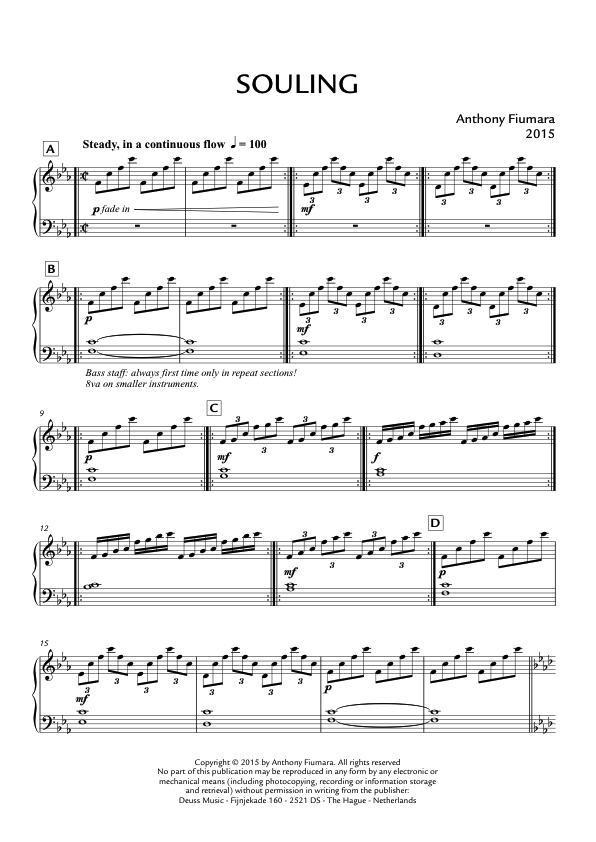