In ancient stories, silver is a material with mystical powers. A silver bullet would stop any monster, and
in alchemy it refers to the moon, purity or a clear conscience. But the the material also represents a 25th anniversary—for example from De Pont Museum, that commissioned me to compose a work for that festive occasion.

Although Silver consists of three separate parts, these are in a way connected. In the first part, the string quartet sounds like a stringed percussion ensemble, in which melody and rhythm bounce between the instruments in a constant canon.

The second part uses the same rhythm, but a lot slower. It is a chaconne, with a simple falling melody in the second half.

In the third part only the cello descents, as a reminder of the previous movement. The other instruments play a lot faster. They rise up and spread their silver radience in fast triads. In a bright counterpart of the darker first movement, the cello eventually joins the others and the whole quartet sings itself to the end. 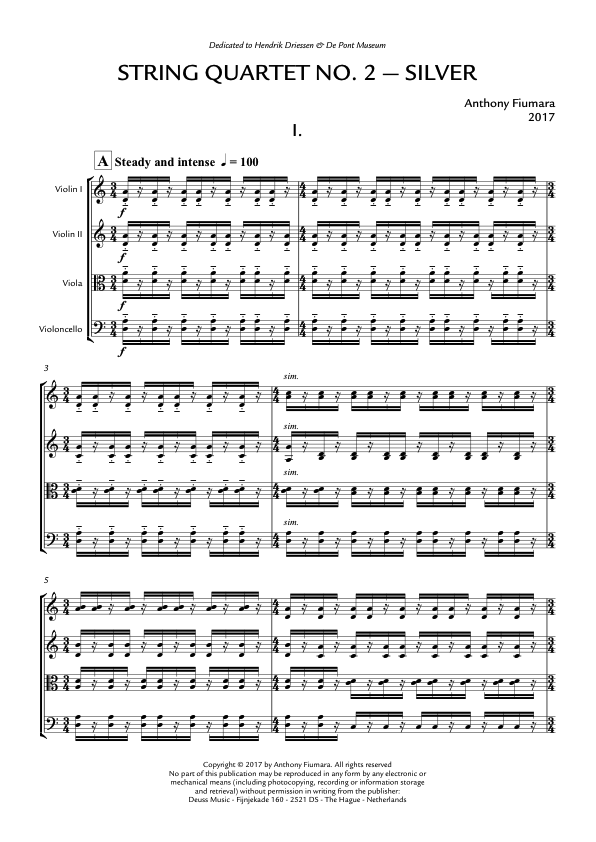 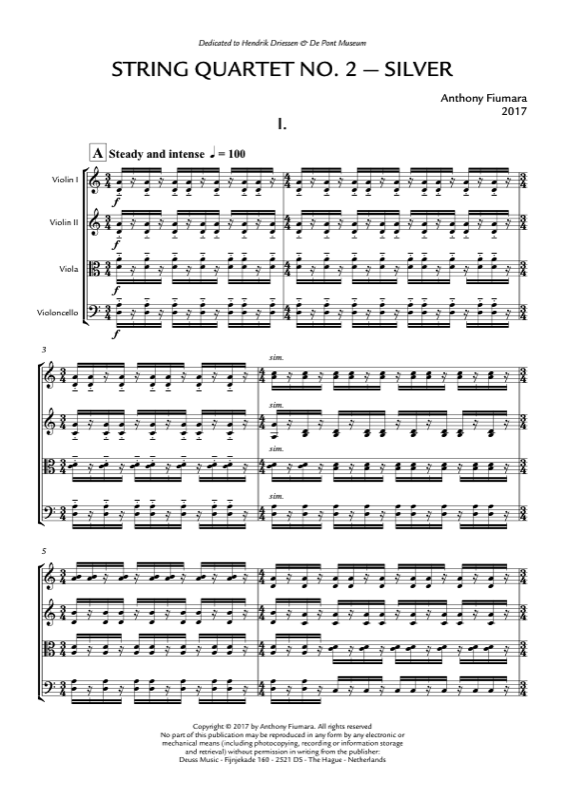 Silver was commissioned by De Pont Museum, for its 25th anniversary.