When writer Désanne van Brederode and I started thinking about a new requiem for November Music, we soon agreed that we wanted to do it differently. Our work should be about the dead and dying itself.

Désanne put it nicely: “I am concerned with species dying - anonymously and in loneliness, or in the depths of depression by her own hands, of drowning while fleeing, of grateful and conscious, after a long life, of desperate and furious and scared, because someone is suffering and had so many plans.”

As Désanne's beautiful lyrics came in one by one, I began to think more and more of Virgil Aeneas. He discovered how the main character enters the underworld: "Dark, under lonely night, be it the shadow." Ibant obscuri sola sub nocte per umbram. The writer paints a beautiful picture of his before and afterlife: a dark field, populated by all those wandering dead and as yet unborn souls. A kind of park populated by memories and promises. That's how I got the title Memorial Park.

From the wealth of poems Désanne wrote, I chose six texts that I set to music. For the connoisseurs: Although the poems bear the titles of the parts of the mass of the dead, in Memorial Park I don't quite follow the mention made - and even leave out parts. That is a freedom that I allowed myself: the form of the requiem was only a guide for our work.

The different characters of the poems and their subjects that are reflected in the music: Memorial Park is a work of intense contrasts, both in the characters of the parts and in the occupation - with a baroque string orchestra, a choir and an electric trio I greatly enhance the chiaroscuro.

The six sung parts and the three instrumental intermezzos are linked together: themes, instrumentation and characters change to each other, contained in one large circle. At the end we actually landed at the beginning again - an "ewige Wiederkehr des Gleichen." 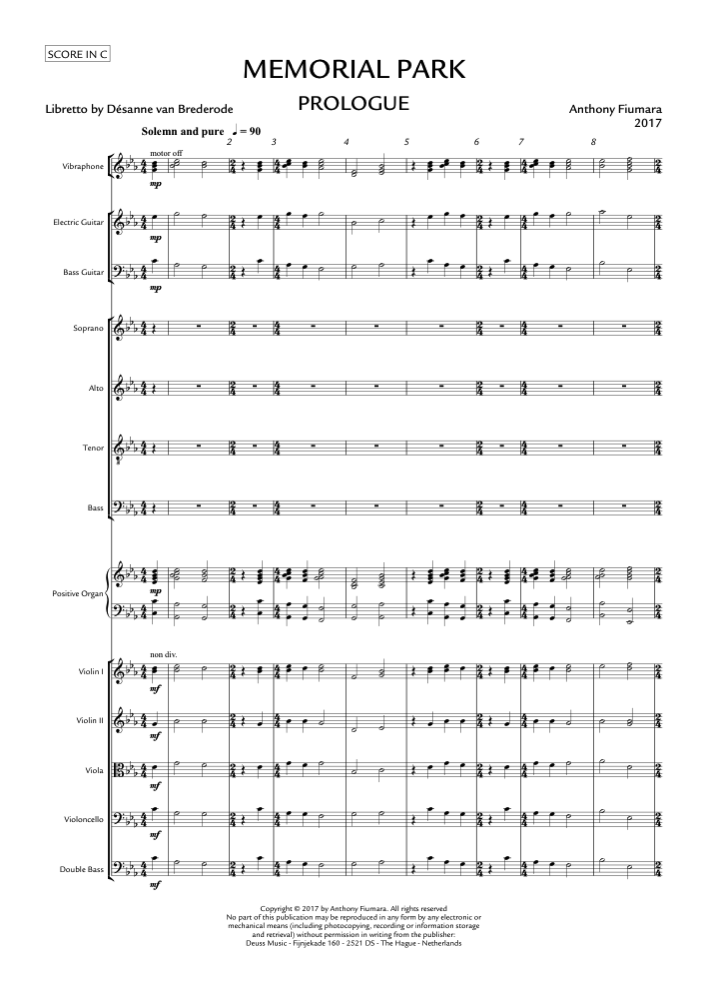