My father was born near Naples. As a child, he encouraged me to listen to the melancholic music of his region: the full moon as the atmospheric lighting over the Gulf of Sorrento and Mount Vesuvius as a silent witness to all the heartache.

Initially I learned to know the songs in the simple but striking versions of Roberto Murolo: a singer with a guitar , no more and no less. Later I also listened to the orchestral interpretations of singers like Mario Lanza , Beniamino Gigli and Luciano Pavarotti. And so the desire grew to arrange these songs myself — preferably in a scoring that would do justice to the operatic qualities of the music.

From the vast collection of ‘canzone napoletani’ I have chosen six songs for my Fantasia Napoletana. In Tu , ca nun chiagne a worshiper sings of the indifference of the woman he adores. She makes him cry, but in her turn remains unmoved and unreachable.

In Maria, Mari, the admirer is standing under Maria’s window night after night, hoping for a rendez-vous . He sighs that he has lost much sleep because of her and he asks her to meet him in the garden, where he wants to sing her (and himself ) to sleep.

Torna a Surriento is a passionate appeal to the beloved to turn back to Sorrento. Marechiare is about a window in Marechiaro near Naples, where the nocturnal view allows for amorous contemplation. And in Canta pe'me the lover asks her if she would sing a song for him. He wants her to stay with him tonight, so that he may die.

Ultimately, La Danza is a playful Neapolitan tarantella, composed by Gioacchino Rossini that became world famous in the orchestration of Ottorino Respighi. The latter arranged the music for a ballet, and you can certainly hear that inspiration: it’s hard to sit still during this fresh whirlwind.

I found it fantastic that my good friend the composer Johan de Meij enthusiastically supported my writing of Fantasia Napoletana for wind band. He assisted me with great advice and awarded me a generous glimpse into his musical kitchen. Working together on the fantasy was great fun and I am honored that this work is published by de Meij’s publishing company Amstel Music.

I dedicate Fantasia Napoletana to my father , Antonio Fiumara. This is, after all, all his fault — and I am grateful for that. 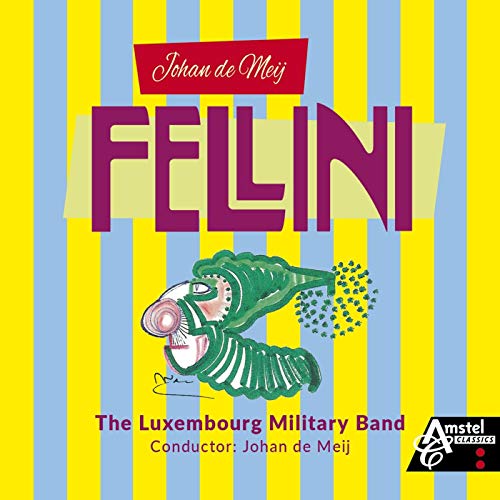 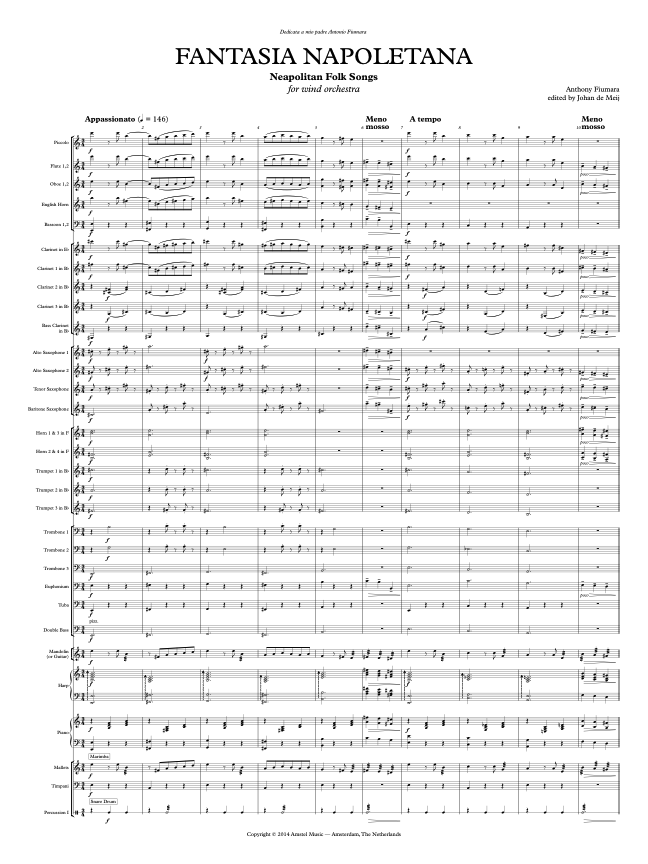