I Dreamed in the Cities at Night

It is sometimes said that the string quartet is a conversation between four equals. That’s probably true. But for me, the four family members from the string family (arranged in the score from high to low like the Daltons) are perhaps more akin to a choir or vocal ensemble. The string quartet is a singing rather than speaking group of musicians.

The connection to that poet did not come out of the blue. The second part of the quartet is based on my choral work Lamento, a setting of the eponymous poem by Campert. In the third part I quote The House That I Built, my work based on a short song of Henry Thoreau.

Maybe the rhetorical first part of I Dreamed in the Cities at Night behaves the most like a conversation between four equals. But eventually, even that flows into a song. 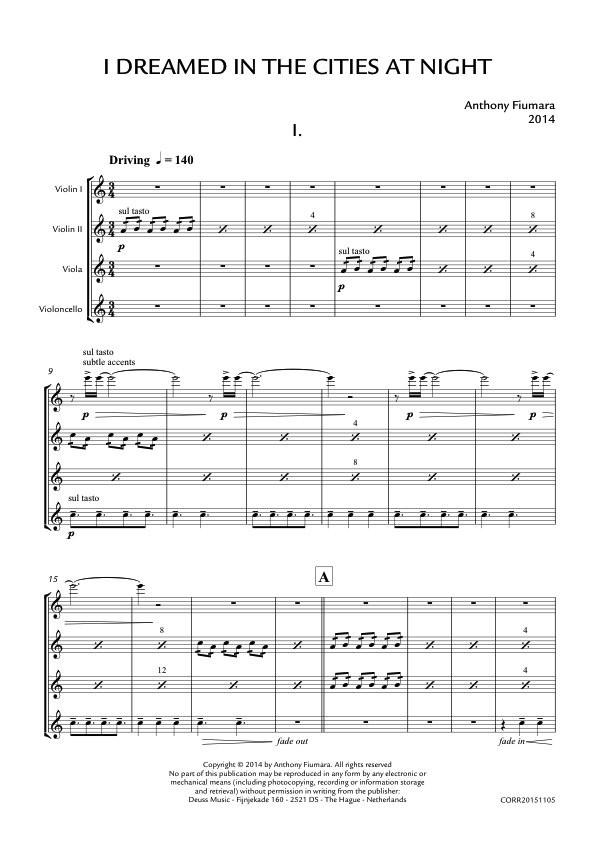 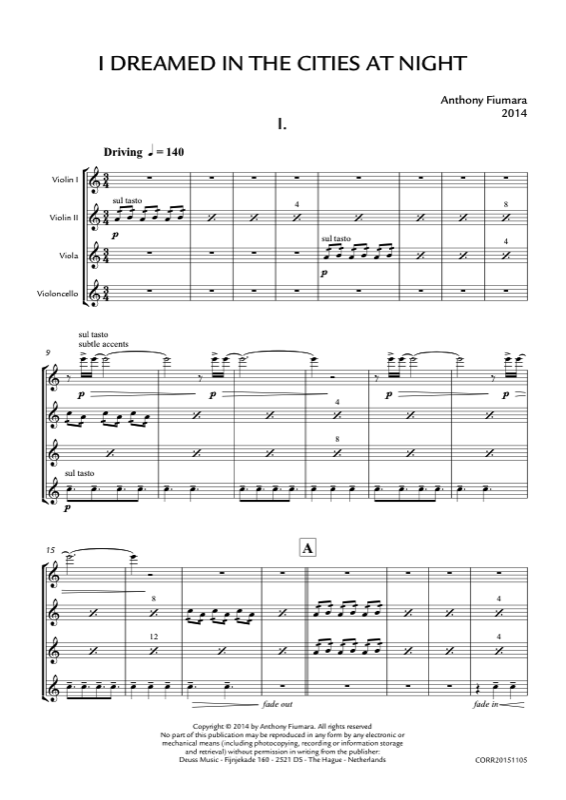